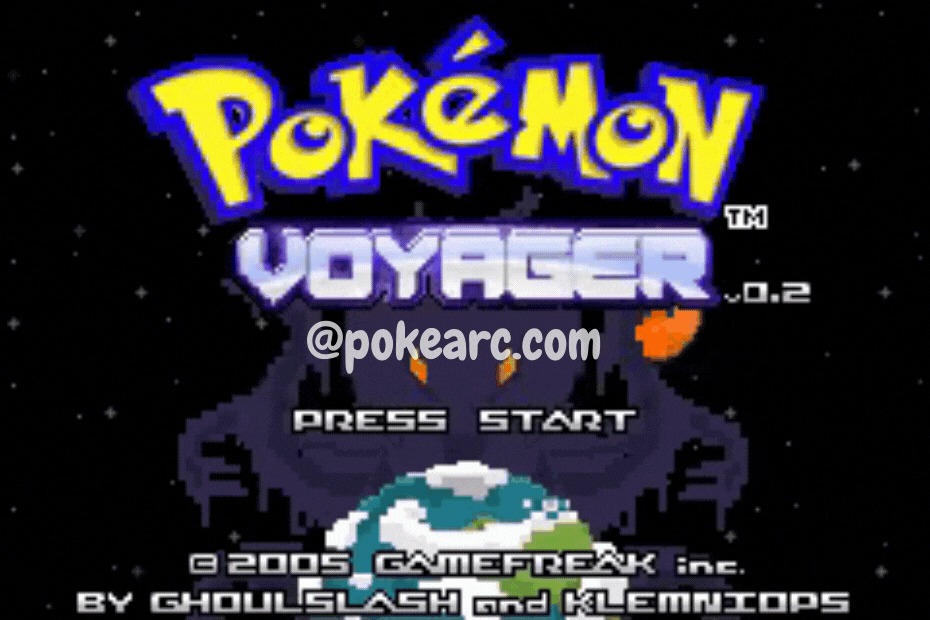 Pokemon Voyager is a new Pokemon Emerald Hack that is created by Ghoulslash. It was last updated on October 27, 2021.

Millions of years ago, a cataclysmic event happened that disrupted major of the landmass. Sea levels rose dramatically which forced the pokemon and mankind to move to a higher altitude of Keplara.

Centuries later, the ever-growing population would force humanity to intrude upon the feral Pokémon’s territory, increasing the border tensions across the region. With no land available to populate human began to search for suitable places to increase their population.

You have lived your whole life in Andromeda City, the metropolitan heart of Keplara. Your father works for the Andromeda PD; your mother is the local Antares League, gym leader. Someday you’ll get a Trainer’s License of your own and become a well-regarded Pokémon trainer yourself.

But today is not that day. Instead, today is an exciting day for Andromeda City: your mother’s Antares League gym is moving into the snazziest new digs, all the way up to the top floors of the recently-completed Pokémon community skyscraper! There are still a few things left to move and unpack before the grand opening, but it’s nothing that you and your father can’t handle. What could possibly go wrong?

Also, be sure to check out Pokemon Mega Sol X Ultimate Edition