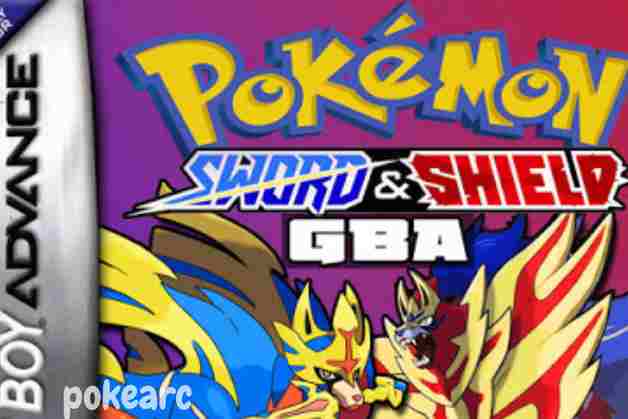 Pokemon Sword and Shield GBA are a GBA Rom Hack that is based on Crystal and was created by PCL.G. It was last updated on February 26, 2021.

As the name suggests, Pokemon Sword and Shield GBA try to adapt the history and region of the original pokemon sword and shield games for the Nintendo Switch with characters, events, and even systems.

Logically it is not 100% the same as the switch version but, it is as good as you’re gonna get for GBA.

About Pokemon Sword and Shield GBA

The events of Sword and Shield take place in the Galar region, a large, narrow expanse of land that is one of many in the Pokémon world. Shigeru Ohmori, the game’s director, described it as a more modern setting. The region itself is influenced by Great Britain, with many landmarks resembling the Houses of Parliament and the Cerne Abbas Giant. To the south of the Galar region are countryside towns with cottages and Victorian architecture. The region’s center is populated by an Industrial Revolution-style city with steampunk elements.

Many of the region’s towns and cities have Pokémon Gyms designed to look like football stadiums, displaying both Dynamaxing and Gigantamaxing, as implemented by Rose, the Galar Pokémon League Chairman. Much of the region’s northern areas are dominated by snow-covered mountains. The Wild Area, an open world area with numerous roaming Pokémon species, encompasses a large portion of the region’s south-central region. The weather in the Wild Area changes on a regular basis.

Pokémon previously introduced in previous games, such as Weezing, gain regional Galarian Forms with new typings, stats, and appearances, as with Pokémon Sun and Moon. Some Pokémon, such as Linoone and Meowth, can even evolve regionally.

Today we have provided the download link for Pokemon Sword and Shield for free. Also, we discuss all the best features that you get in it. You can see all the screenshots and read all features as well.