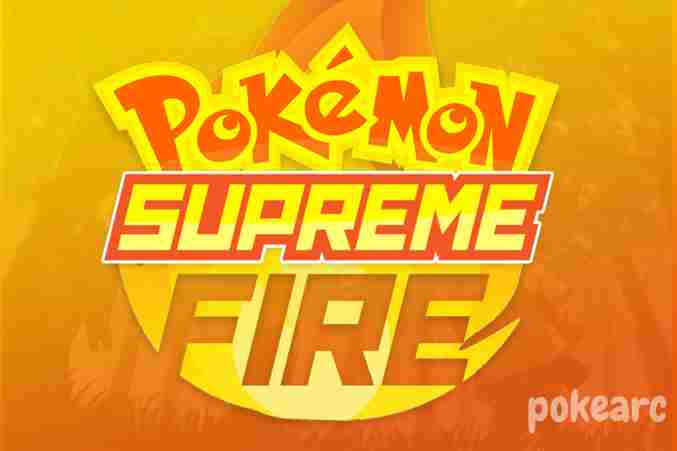 Pokemon Supreme Fire is a GBA Rom Hack that is based on FireRed and was created by Calistrotic22. It was last updated on January 13, 2021.

I’m sure you already heard of Pokemon Supreme Fire when it first came out on Reddit. It is an Original Fire Red game with a little twist here and there. So because I am making the sequel game for this RomHack, I’m finding ways to make this one more updated so that people know what to expect for the sequel.

Back then people say that the level curve is too much, so I fixed that in the remake. Can you beat the game easily though? I still doubt it!. This hack was made when I was a kid, a few years ago, so pardon the bad grammar. You don’t have to read it though, cause the story will be the same.

The Goal of the Hack (Author’s Words)

So these is the main points that I need everyone to understand about this RomHack. This is My take on the Pokemon Game. The concept, the typing changes, the niche, it is all new to the game and it is for everyone to explore. I feel a lot of hacks is just the same with different stories or more updated features or different map palette. I want to give my romhack idea to go in another direction. So this is why I am making it in a firered Base story.