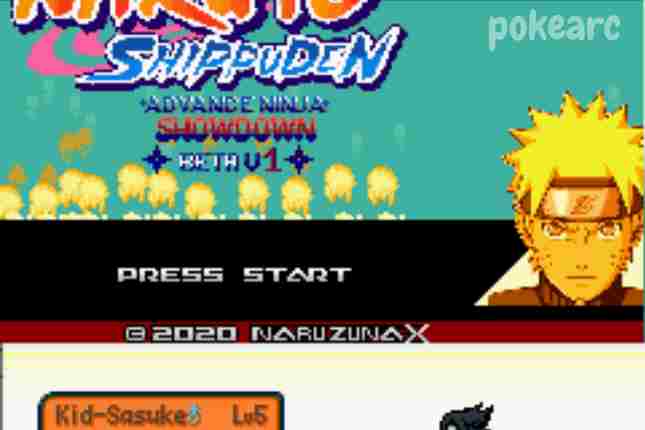 Pokemon Naruto Shippuden Advance Ninja Showdown is a GBA hack ROM that is based on Pokemon FireRed and had been created by Naruzuna X . It was last updated on May 10, 2020.

The plot is similar to Pokemon FireRed’s. On the other hand, It contains elements that change some aspects of the story while remaining consistent. You have entirely new characters as well as new locations. Essentially, the game retains some aspects of FireRed while delving straight into original Naruto aspects.

The game features unique sprites and animation that complement the Naruto theme. In fact, the background and settings are changed to look more like Naruto than Pokemon games. At the moment, the number of Fighters is around 70. Because they have distinct typing, Pokemon’s typing strength and weakness charts continue to apply in this game. Certain items have been renamed, but their functions have not changed.