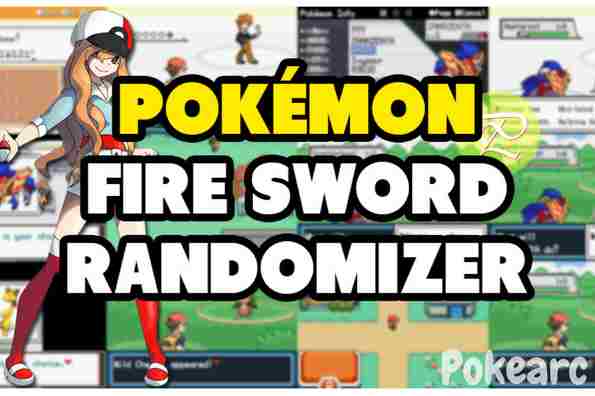 Pokemon Fire Sword Randomizer is a GBA Rom Hack that is based on FireRed and was created by abhinavpokefan. It was last updated on June 25, 2020.

Pokemon Fire Sword Randomizer is a new GBA Rom Hack based on Pokemon FireRed, It is a feature-based hack with Gigantamax, Mega Evolution, Gen 8 Pokemon, Galar Forms & much more!

The plot is similar to the original Pokemon FireRed, with the player starting in Pallet Town. After meeting Professor Oak while attempting to leave for Route 1, both the player and their rival are asked to select a starter Pokémon from a desk near him, either Bulbasaur, Charmander, or Squirtle. Oak lets the player pick first, and the rival quickly becomes envious. Oak then selects a starter whose type is super-effective against the player’s starter and challenges the player to a battle. Professor Oak provides commentary during the battle.

Following the battle, Oak permits the two new Trainers to embark on their journey across Kanto. When the player arrives at Viridian City’s Poké Mart, he discovers that a package for the professor has arrived, and the clerk requests that it be delivered to him. When this is finished, the professor hands one Pokédex to the player and one to the opponent and sends them on their way.