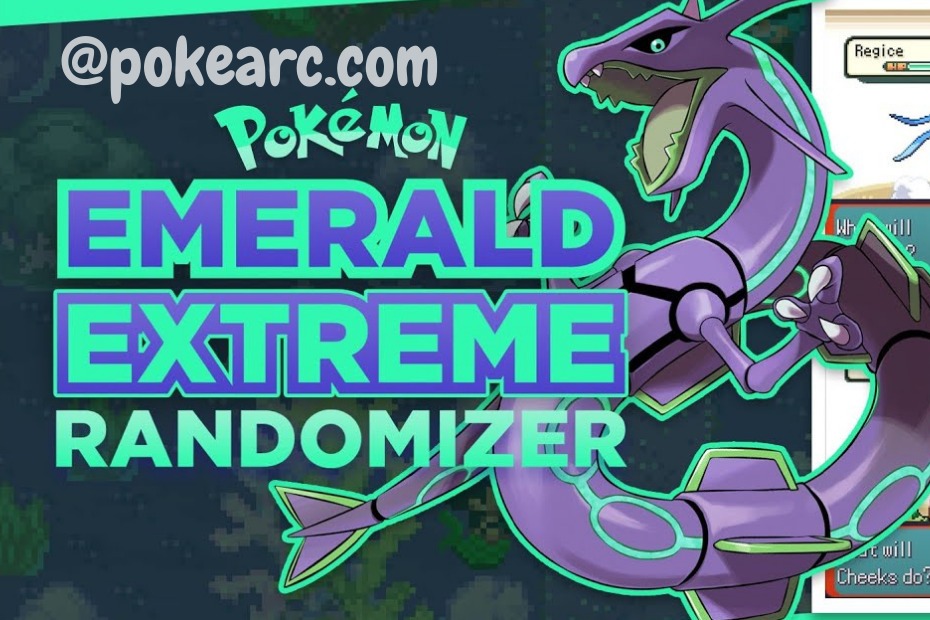 You may be thinking “What the heck is Pokemon Emerald Extreme Randomizer?” Well, It’s the same as its name suggests. It is the same good old Pokémon Emerald that we all know and love, but comes with a twist. All the movements and spawning of the pokemon are randomized which simply means they can spawn anywhere in the game.

Pokémon Emerald Version launched in 2004 is a role-playing video game developed by Game Freak and published by The Pokémon Company and Nintendo. Firstly, it was released in Japan in 2004, and then in 2005, it was launched worldwide. It is a kind of improved version of Pokémon Ruby and Sapphire and the final game in the Pokémon video game series third generation.

The polt of the game is the same as in Ruby and Sapphire. Before starting from their hometown into the rest of the game’s world, players have a choice to select a boy or a girl, both of whom have been given new outfits with a green color scheme, and one of three Pokémon.

You are tasked with filling Your Pokédex by catching and evolving various Pokémon species. They must also complete eight gym challenges and battle their Pokémon to defeat the Elite Four and its Champion. Along the way, they meet two rivals: Mayor Brendan, the child of Professor Birch’s Pokémon, and Wally, a shy child from Petalburg whom the player helps catch his first Pokémon, a Ralts. They also come across Wallace, the Champion of the Hoenn Region.

Also, be sure to check out Pokemon Mega Delta