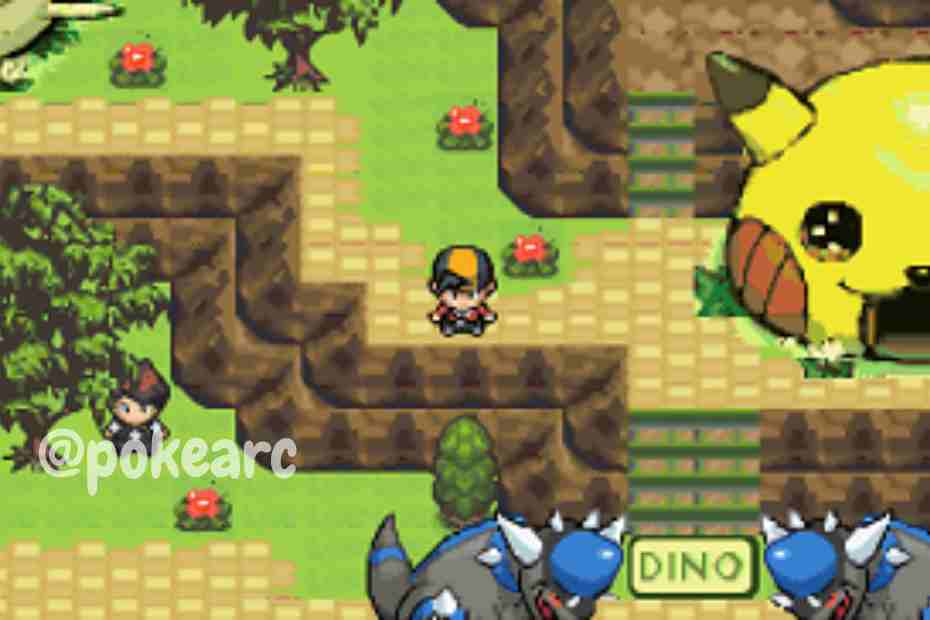 Pokemon Dark Realm is a GBA Rom Hack that is based on Pokemon Ruby and was created by Duchuy. It was last updated on  December 9, 2017.

Pokemon Virtual is a late-20th century computer game made by X Company. The game interfaces straightforwardly to your neutrons, giving you the most ideal experience.

Something happened one day. You get lost while heading to school… in the Pokemon World! That is the place where the story begins.

Attempting to escape from this world, you just get lost further and more profound into the story. On your excursion, meet numerous human-structure legends, find untold stories, get a beast from the Dark Ancient, lastly, from a fallen angel become a saint.

At some point, the game is gone, everything is finished, yet our memory is still…

Also, be sure to check out Pokemon Dark Cry: The Legend of Giratina