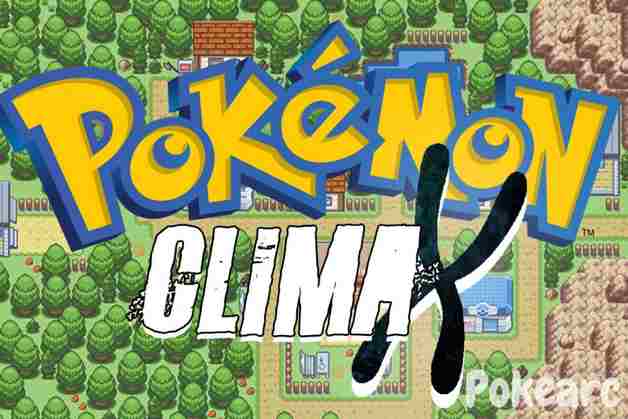 Pokemon Climax is a GBA Rom Hack that is based on FireRed and was created by PacoScarso and Team Echoes. It was last updated on June 22, 2020.

Pokemon Climax is a GBA Rom Hack based on Pokemon FireRed. The game takes place in a new region called Linnhe, which is based in Australia.

The Linnhe region, located south of Hoenn, has always drawn researchers and explorers who did not understand (and still do not understand) how such a diverse range of biomes could exist in such a small area. Furthermore, over the last 20 years, an increasing number of people have begun to notice mutations of common Pokémon, and in some cases, entirely new Pokémon.

In the game, we will take on the role of Rennac, a 27-year-old young (but famous) researcher sent to the region by the Pokémon Professors’ Council to uncover the mystery behind these recent extras and unusual mutations.

Rennac: Young and skilled Pokémon educator, known for his examination in the field of development. Created and exceptionally persistent, maybe even excessively. Some of the time he appears to do not have the will to live;
Annette: Bungling and imprudent right hand, conspicuous from a long way off due to her pompous hair and her little talk that goes from 0 to Caps Lock in two seconds. Albeit evidently, it doesn’t appear, he attempts profoundly and intensely to do his obligations;
Esther: Young old stories master specialist from Linnhe. It will help Rennac in his examination notwithstanding their two fields of study are total opposites. Whenever upset, she can’t neglect to externalize all that she thinks;
Alm: took on the child of Rennac; notwithstanding being 8 years of age, he is still up in the air in his decisions and knows how to go directly to the place of the matter.