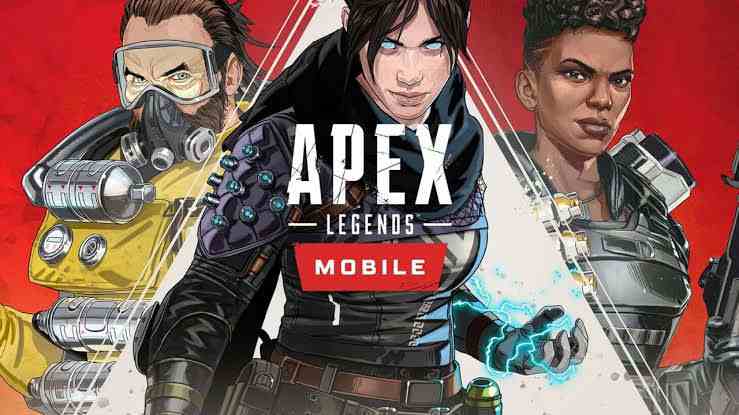 Apex Legends is one of the most popular games with more than 100 Million Active players around the whole world. The game was developed by Respawn Developers and Published by Electronic Art in 2019. However, developers are planning to launch the Mobile version.

EA (Electronic Arts) had already announced that they are bringing the game to the Mobile audience and gonna give a close competition to other battle Royale Games like Call of Duty Mobile, PUBG Mobile, and Free Fire.

With that being said, Respawn Entertainment has decided to bring the battle royale to the mobile gaming community, with some players getting a chance to play the game early through the Closed Beta. However, there is no official information available about the release of the game, in the meantime, all you can do is just pre-register the game. As soon as the game will gonna release, it will gonna install automatically and you will be able to enjoy it.

What is Apex Legends Mobile ?

Apex Legends Mobile is an online battle royale game in which you can play as various characters, called Legends, )each one has their own special abilities) participating in fights on a large map. Electronics Arts first revealed its intention to bring Apex to mobile two years ago in 2019, shortly after the game was launched on PC and gaming consoles. Then, in April 2021, EA announced they will be opening regional betas of the game on Android mobile devices, specifically for the users in India and the Philippines especially.

In Apex Legends, 60 players join a game together in duo or trio squads. They land on a map that continuously gets smaller(Like PUBG and other games), taking out other squads in an effort to be the last players standing. In addition, the mobile version of the game will gonna support full touchscreen controls.

The main reason for the popularity of Apex Legends is its characters that possess their own special abilities and personalities. You can choose speedy Octane, who can drop jumppads across the map for anybody to use. Currently, there are 17 characters in the game that holds their own strengths.

As per the FAQ listed on their official website, the beta version is currently compatible with Android 6.0 and above it. Pre-registration was only opened for the Android users but the developers had promised soon they will gonna launch a Pre-registration for IOS users too.

However, the mobile devices supported by this test do not represent the finally launched version, and we will support more models in the future.

Unfortunately, there is no official release date for Apex Legends Mobile, as the game is currently in the Closed Beta stages, and also there are no rumors available about the release, so all we can do is just wait.

Although we have no confirmation or hints as to when it will be released, we can assume that it is probably not being released for the public any time soon and will most likely be released sometime next year in 2022 (Not Sure).

If you want to get your hands on it early, you may be eligible for the Closed Beta.

Respawn Entertainment has been running small Closed Beta tests of the Apex Legends Mobile over 2021, starting in India and expanding recently to places like Egypt and Columbia.

The Closed Beta is first come, first serve, and it could be coming to your region soon. To make sure you’re involved, check out both of our articles on all the regions the beta is available in and also how to sign up for the beta.

Right now the beta testing is closed in India, if you want to be a part of testing, just follow the official handle of Respawn Entertainment. In case if they started again with Beta testing, so you can enroll and be a part of it.

Apex Legends Mobile’s gameplay will be inherently similar to the battle royale players know and love, featuring all of the same weapons and mechanics like that of console and PC.

From little things like unlimited ammo in the Firing Range to detailed stats for every weapon, there are some differences that the developers have explicitly implemented for the Mobile version that has been spotted in the beta and may stay for launch. But there is no official source that confirms it, so there may be some differences from the PC Version.

For starters, players will be selecting from a smaller pool of the main game’s Legends, like the Closed Beta currently only has Bloodhound, Gibraltar, Lifeline, Wraith, Bangalore, Caustic, Octane, and Wattson. They may gonna add all the legends in the future.

A third-person perspective (TPP) is another feature only available in Mobile. Apart from an easter egg, players can also activate the PC and console versions, Firing Range.

In the Mobile version, players can switch between the third-person perspective (TPP) and first-person perspective (FPP) depending on their choices. When in third-person, players will get a better view of what’s around them, and the camera will switch back to first when aiming down sights. In the mobile version, TPP may gonna help because you can sneak peek at your enemy without being noticed.

World’s Edge is the only map available in the beta test right now. This may gonna change during the release, and we may see Kings Canyon and Olympus on mobile at some point, but as of now, it’s just World’s Edge for now.

Some maps are available in Arenas for Apex Legends Mobile and in the recent addition of a Team Deathmatch mode, which may also come to console and PC in the future.

Dataminers have also found some exclusive maps in the files for Apex Legends Mobile, so we may gonna have some special maps just for the mobile version in the upcoming years.

As more information is released about Apex Legends Mobile, we’ll make sure to update this article, so come back in the future for more news. That’s it for now.