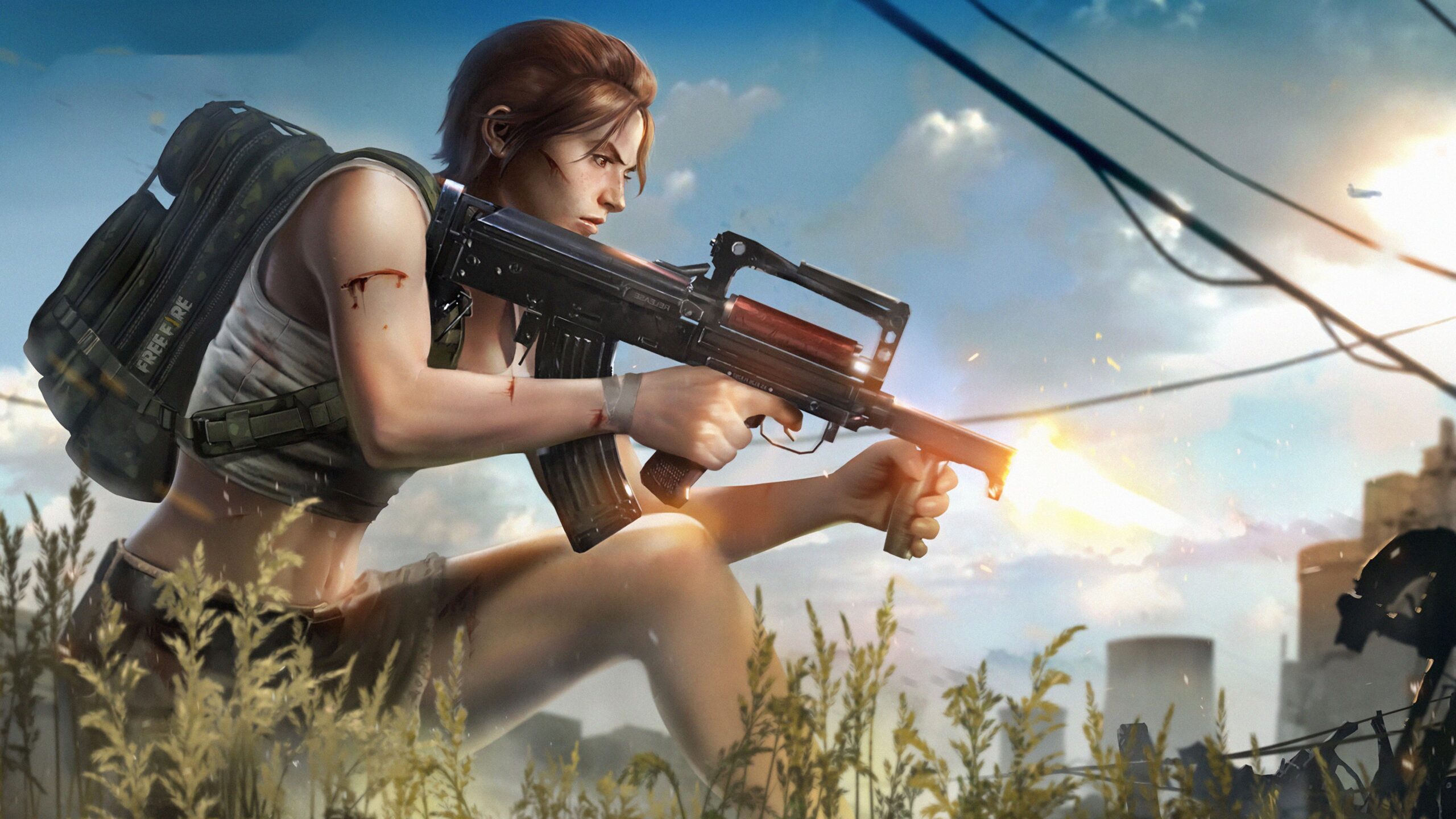 Garena Free Fire is one of the most popular Battle Royal games in the Mobile Gaming Industry. The game had set a record of more than 500 Million downloads on the google play store. The major audience of the games is from India. The reason behind its popularity is its arsenal of weapons and unique characters. The game has many types of major Weapons which include AR, SMG, Sniper, and many more.

In this article, we will gonna discuss all the 5 Best Sniper Rifles in Garena Free Fire [2021]. So make sure you read the whole article and don’t forget to share it with your Free Fire lovers.

The  AWM or Arctic Warfare Magnum is one of the finest sniper rifles in Free Fire. It is also known as “The King of Sniper Rifles” because it has a range and accuracy statistics of 91 and 90. The game is popularly known for knockdown your enemy by headshot, one shot is enough to take down the Level 3 Helmet.

Moreover, when the rifle is equipped with an 8x Scope the gun becomes absolutely lethal in long-range combat which is nearly impossible for enemies to escape. The most annoying thing about the gun is that it is found only in the Airdrop.

The Woodpecker gun comes under the AR category and uses AR ammo and its range & damage are also comparatively high. It has high armor penetration rate and can teardown any level vest and helmet in just 3-4 rounds.

Kar98K is one of the best Sniper Rifles in Free FIre, you just need to put on an 8x Scope and you are good to Compete with AWM. It has the same damage as AWM i.e 90 with a range of 84. In order to knock an enemy, you need to fire a couple of shots.

The M82B Sniper Rifle is a very feasible and strong weapon. It comes with a lot of strength and is a powerful firearm because of its unique abilities. It has an accuracy of 90 and an amazing range of 85.

The gun has another special skill, it can penetrate through a glue wall and a shield. This special skill of M82B lands this gun to make its spot on the list of best sniper rifles in a free fire.

SVD (Dragunov) is another popular automatic sniper rifle. The auto snipers work similarly to both Assault Rifles (AR) and normal snipers. The gun uses AR ammo and has a decent rate of fire and is best suitable for long-range combat with the enemy.

Coming to the armor penetration, the SVD bullet can penetrate any level 2 armor in a single shot. The average number of bullets it takes to armor is 3 shots.

Disclaimer: What may seem like a good weapon for one person may not be the same for others. The choice of guns entirely depends on the players and their preferences. All the images used in the post belongs to their respective owners.